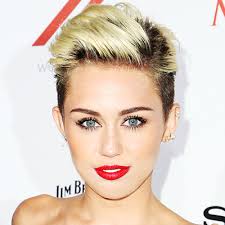 Miley Cyrus 23, announced that she will be working with Woody Allen and the comic performer/ writer Elaine May in a show based in the 60’s, which will air on Amazon Prime.

Miley who recently starred in the Bill Murray’s Netflix special – A Very Merry christmas said that she was “stoked” to be hired for the show.

Roy Price, Amazon Studios Head said in a press statement “Woody Allen is a visionary creator who has made some of the greatest films of all-time, and it’s an honour to be working with him on his first television series,”

“I don’t know how I got into this,” Allen said. “I have no ideas and I’m not sure where to begin. My guess is that Roy Price will regret this”

Miley who has previous acting experience, rose to fame in the Disney Channel’s TV show Hannah Montana, where she played a role of a pop star who led a secret double life.

The stars fans will be surprised by the news, since she admitted in 2013 in a MTV documentary; “The Movement” that “”I did one movie and I came back and said, ‘I’m never doing that again. I’m going to do music for the rest of my life.'” She also went on to say in German Vogue that “I’m just not passionate about acting, because I don’t like to pretend to be somebody I’m actually not,…Why should I put on strange characters? I prefer to show my true colours as the real Miley Cyrus”.

Tip of the Day

Many musicians write their own melodies as well as the lyrics.